Jack O’Brien throws a 7-inning perfect game in his Hawai’i Pacific University debut as the Sharks beat Providence Christian 10-0 in seven innings at Hans L’Orange Park to open the 2022 season. 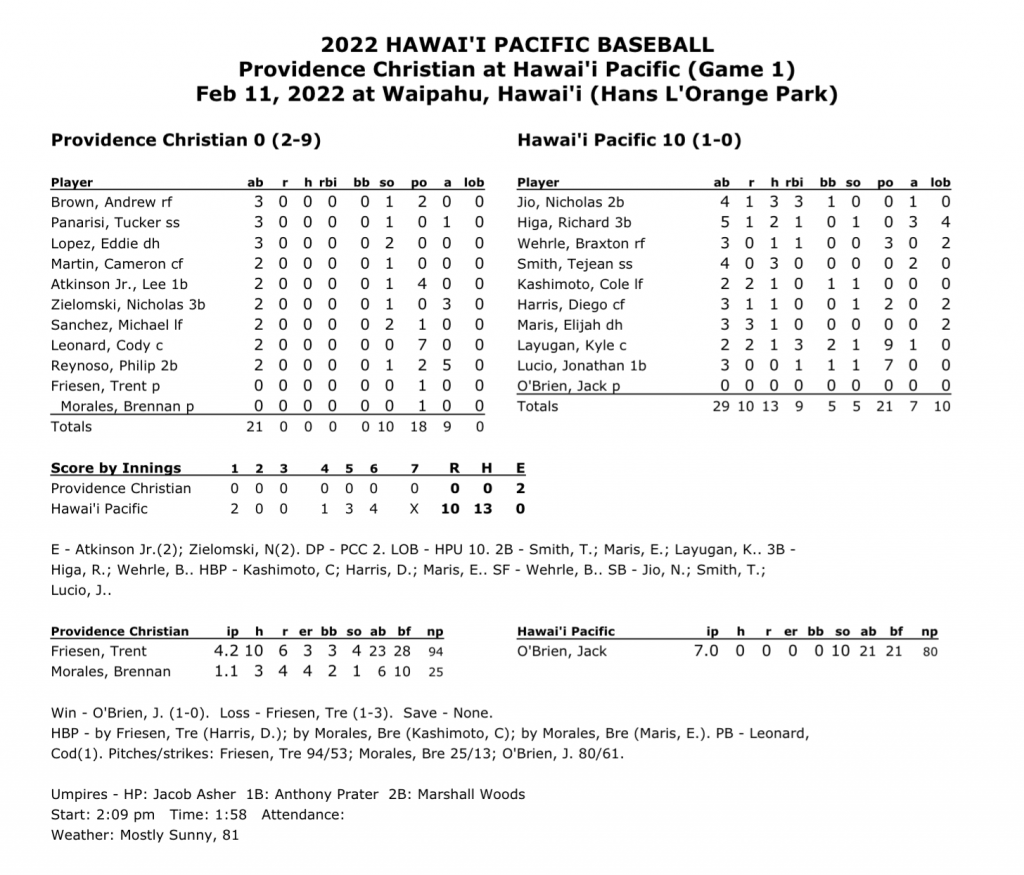 The Hawai‘i Pacific University Men’s Basketball team honored the memory of former teammate by hosting the 10th annual Kam‘s Helmets Day on Tuesday as part of the Sharks basketball game against Hawai‘i Hilo at the The Shark Tank. Free skateboard and bicycle helmets were distributed in memory of former HPU basketball student-athlete Kameron Steinhoff, who died from a head injury suffered in a tragic skateboarding accident. Following Steinhoff‘s fatal accident almost 11 years ago, HPU, the Steinhoff Family and T&T Tinting established Kam‘s Helmets to provide helmets and increase public safety. To date, HPU has given away more than 1,400 helmets to children, adults, and HPU students.  Steinhoff, a 2008 Punahou graduate and former Hawai’i State Player of the Year, competed in 51 games for HPU and had completed his third year of eligibility when he passed away on May 18, 2011. He played for HPU head coach Darren Vorderbruegge. “Kam was a dynamic young man and we miss him very much,” Vorderbruegge said. “His family and our basketball program are committed to keeping his memory alive by assisting young people here on the Island.”