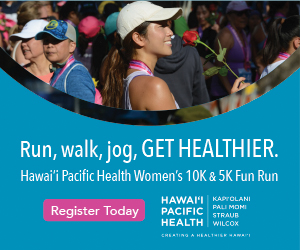 HONOLULU – However warm it may have felt in the Roosevelt High School gymnasium, it felt like senior guard Kayman Lewis was even hotter shooting the ball in the Rough Riders’ 57-42 win.

The Rough Riders (10-2, 6-1 OIA East) saw the 6’1 senior lace the net throughout the first quarter, en route to all 10 home team points in the opening frame.

The strong effort by Roosevelt’s leading scorer kept the home squad in the game, as the visiting Kalani Falcons (6-6, 3-3 OIA East) opened the first quarter playing with good pace and ball movement and entered the second quarter with a 14-10 lead.

The Falcons were paced by junior forward Joaquin Manaligod, who knocked down a pair of triples in the opening quarter to go along with another long two.

The Rough Riders, who came into the game with a defense that had averaged just over 36 points against it throughout league play, started to find success in the second quarter.

With stops mounting on the defensive side of the ball and Lewis continuing to light it up offensively, Roosevelt took a 26-18 lead late in the first half when Lewis was called for his third personal foul and then received a technical foul.

The technical, which awarded Lewis his fourth personal foul in the first half, combined with the three-shot foul that the guard was called for caused a seven-point swing for Kalani to pull within one, 26-25, heading into the locker rooms.

Faced with a big choice, Roosevelt head coach Steve Hathaway decided to bench his star senior for the entire third quarter to avoid the risk of the guard fouling out before the end of the game.

The rest of the Rough Riders stepped up to the task to weather the storm, starting with second-leading scorer and senior forward Kainalu Davis.

The 5’11 forward took control of play-making duties in Lewis’ absence, dominating the offensive glass and providing second-chance opportunities as the home team drained the clock with long possessions.

The defense, combined with the contributions of the supporting cast, held Kalani to just 17 total second-half points and opened up a double-digit lead as Lewis came back in to help ice the game, hitting five of six free-throws in the fourth quarter.

Roosevelt, a team that has struggled from the line this season (56.6% from the line this year), knocked down 14 free throws on 21 tries, though more than half of those misses came with under two minutes remaining and a double-digit lead.

Lewis led the way for Roosevelt with 24 points, 19 of which came in his scorching first half. Davis chipped in 10 points for the Rough Riders, while junior guard Blaise Brumaghim contributed 9 points and went three of four from the free throw line.

Kalani was led by Manaligod’s 11 points, all of which came in the first half. Junior guard Carson Lam had 9 points for the Falcons, while Joshua Schutter and Kai Bogle-Dupuis each scored 6 in the losing effort. 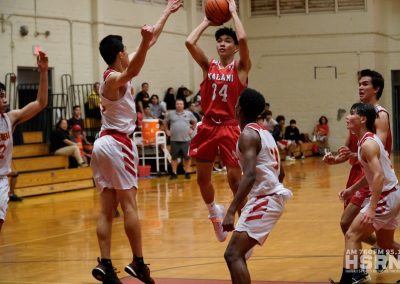 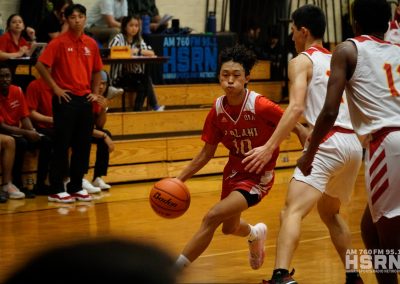 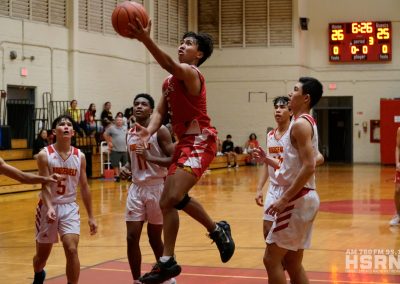 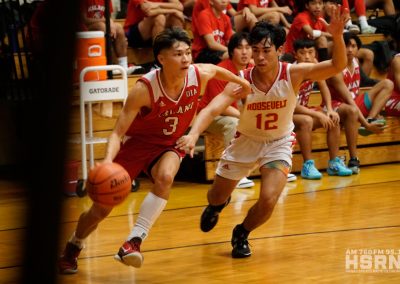 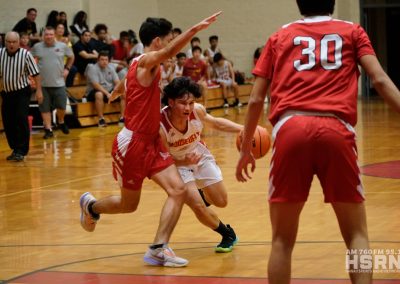 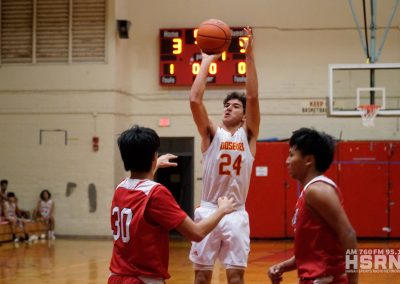 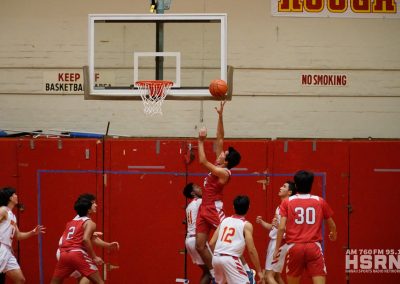 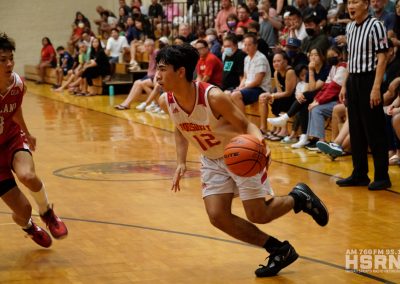 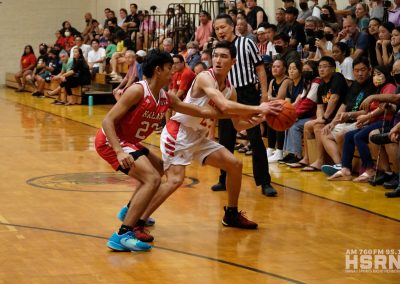 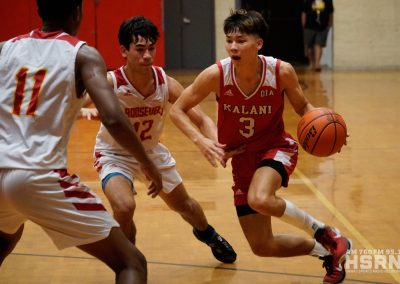 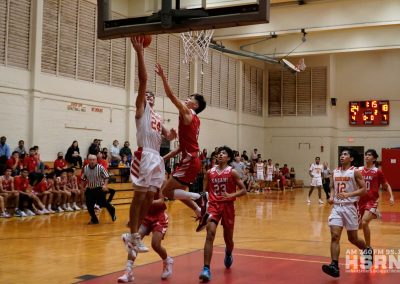 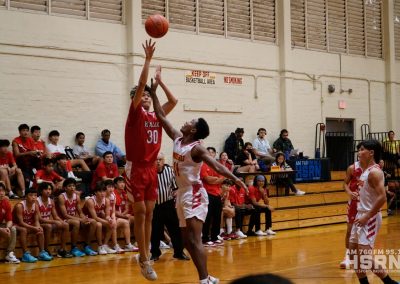 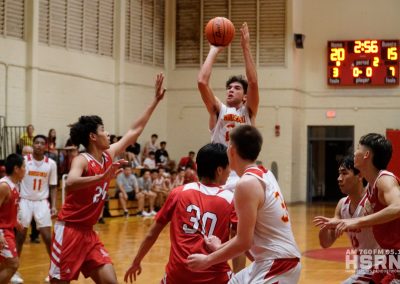 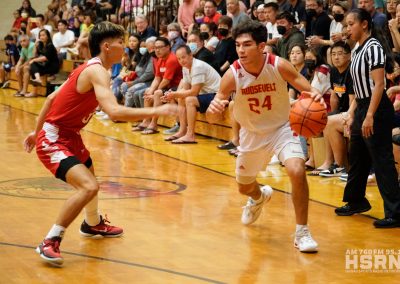 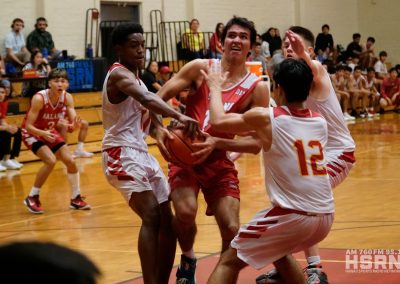 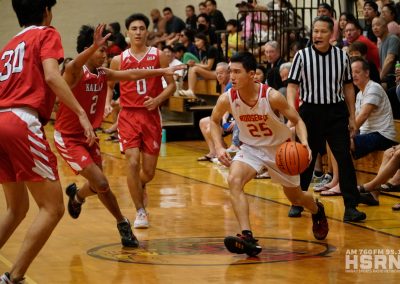 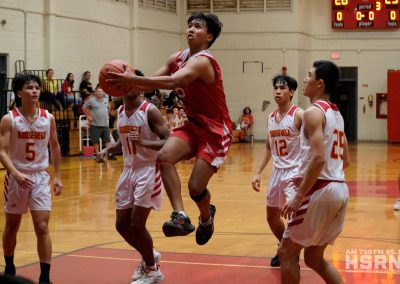 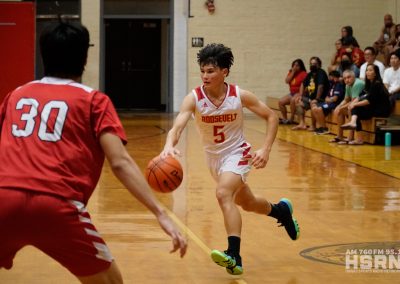 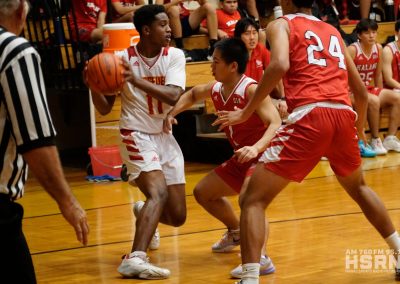 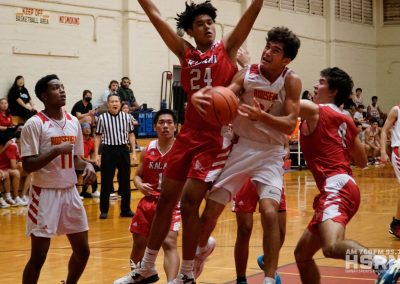