Following a brief delay, thanks to a fire alarm going off in the Aloha Tower Marketplace complex, Genegabus welcomed first-year women’s basketball head coach Katie Novak to the weekly program.

The pair closed an eventful opening segment discussing HPU’s 0-3 start and why, despite the record, there were a lot of positives to take away from the grueling three-games-in-three-days slate to open the season. 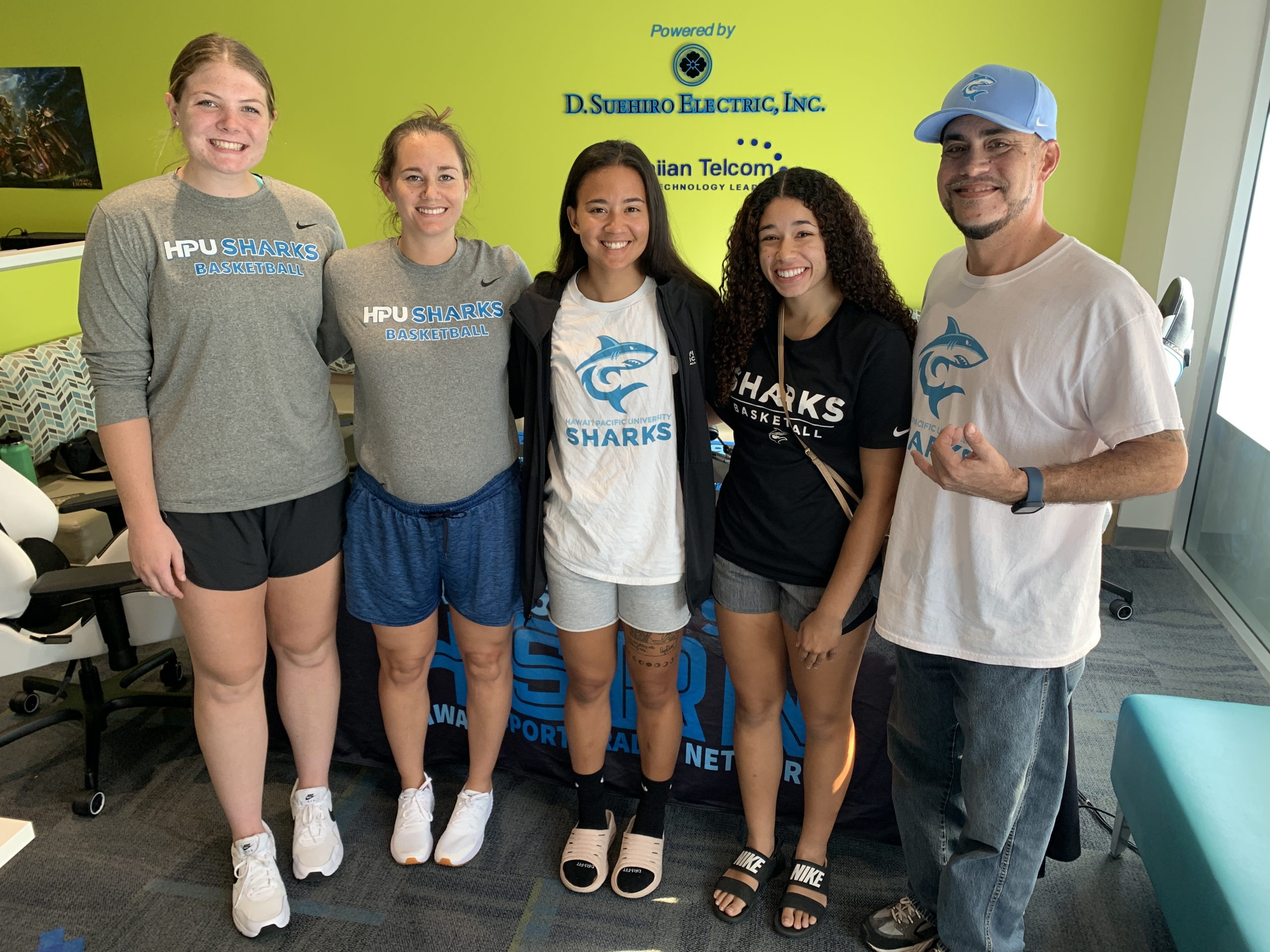 After the first break (11:11), Genegabus and Novak returned to the airwaves and welcomed in a trio of players for the Sharks in graduate transfers Abby Spurgin and Keona Loftis along with senior Avery Cargill.

Genegabus opened the segment with another hard-hitting question to the players to get the gears turning before diving into the routes that the four women took to Hawaii Pacific basketball.

Coach Novak talked about the process of coming to HPU and how she helped convince Spurgin to not hang up her basketball sneakers and instead come help build the foundation for the Sharks with her last year of eligibility.

Cargill then detailed how the team has been adjusting to one another in the early going this season with a new head coach and a mixture of transfers and returners like the senior.

Loftis helped explain the mental exhaustion that came with the opening weekend of regular season basketball for the student-athletes. The Sharks took the court three times in three days, but the players talked about how school was still the priority to get done as soon as games finished.

Returning from the second break (23:04), the crew discussed the game action that the Sharks saw over the weekend and what the team’s takeaways are from the opening weekend slate.

First, Spurgin talked about how it felt to put on a uniform again and suit up for a basketball team following a year off as she completed her student-teaching assignments.

Then, Cargill discussed returning from an injury she sustained the first official day of practice to score 11 of the Sharks’ first 18 points against Montana St. Billings on Friday, November 11.

The conversation shifted to Loftis when talking about HPU’s matchup with Simon Fraser, as the graduate transfer played a key role in competing on the boards and against pressure versus a much bigger and longer team. 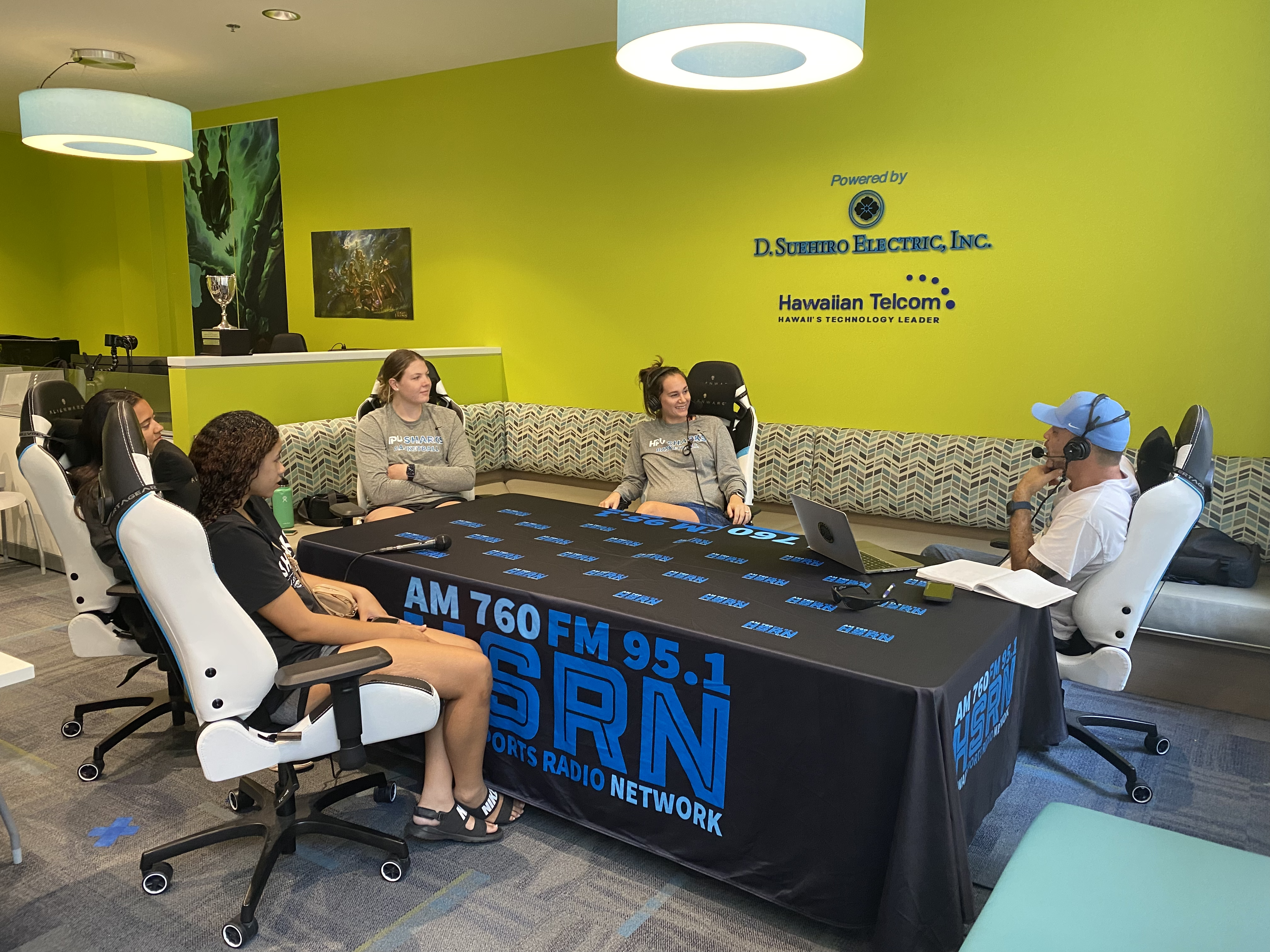 Entering the show’s final segment (33:15), Genegabus hit the players with another hard-hitting question that brought Taylor Swift’s newest tour into the conversation and caused a split in answers between the players.

The conversation closed with the crew discussing the path ahead for the Sharks and how the team is viewing the schedule all the way through March.

The show wraps with coach Novak talking about how she sees the team’s chemistry developing and improving throughout the season and the advantages that may come with it. 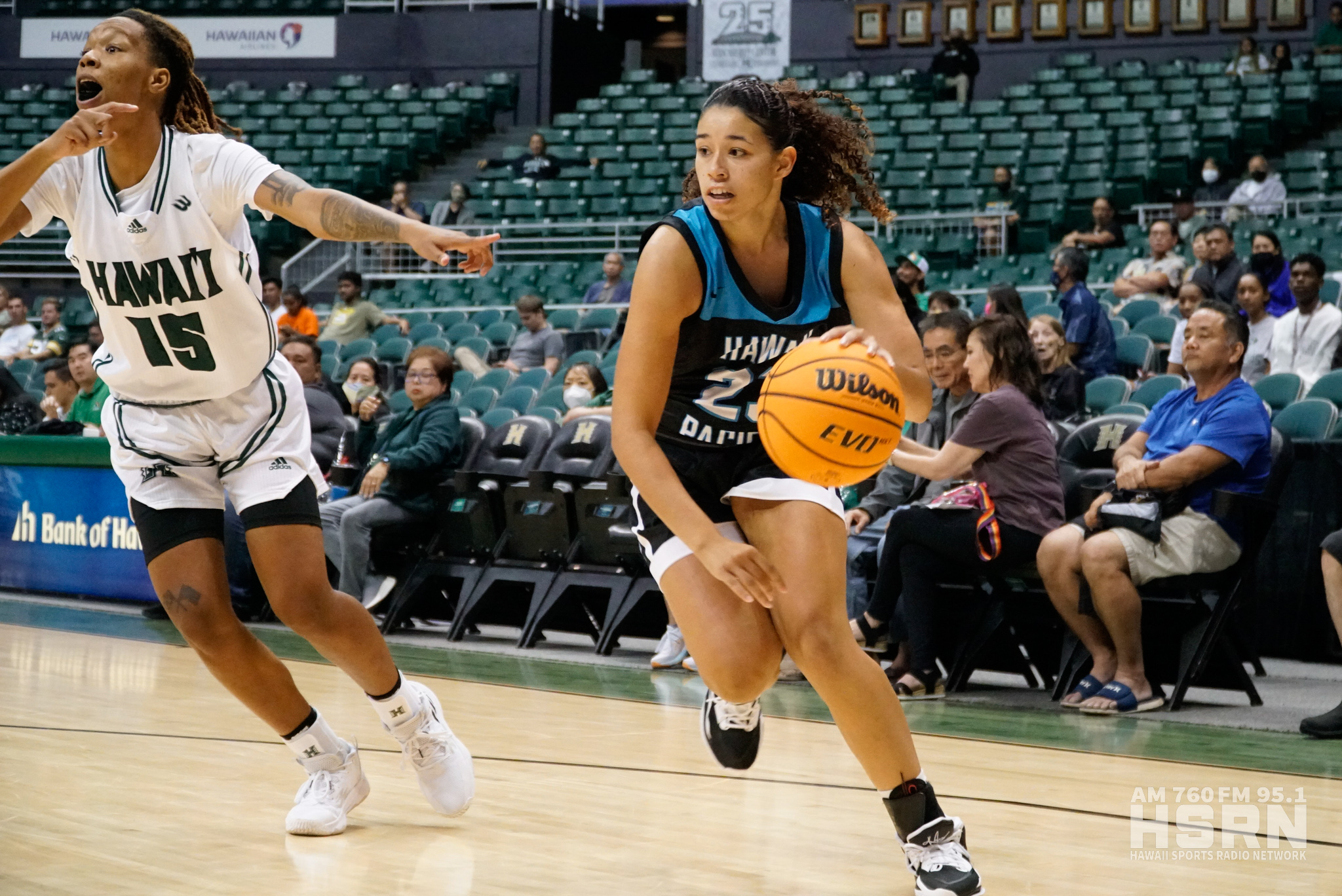 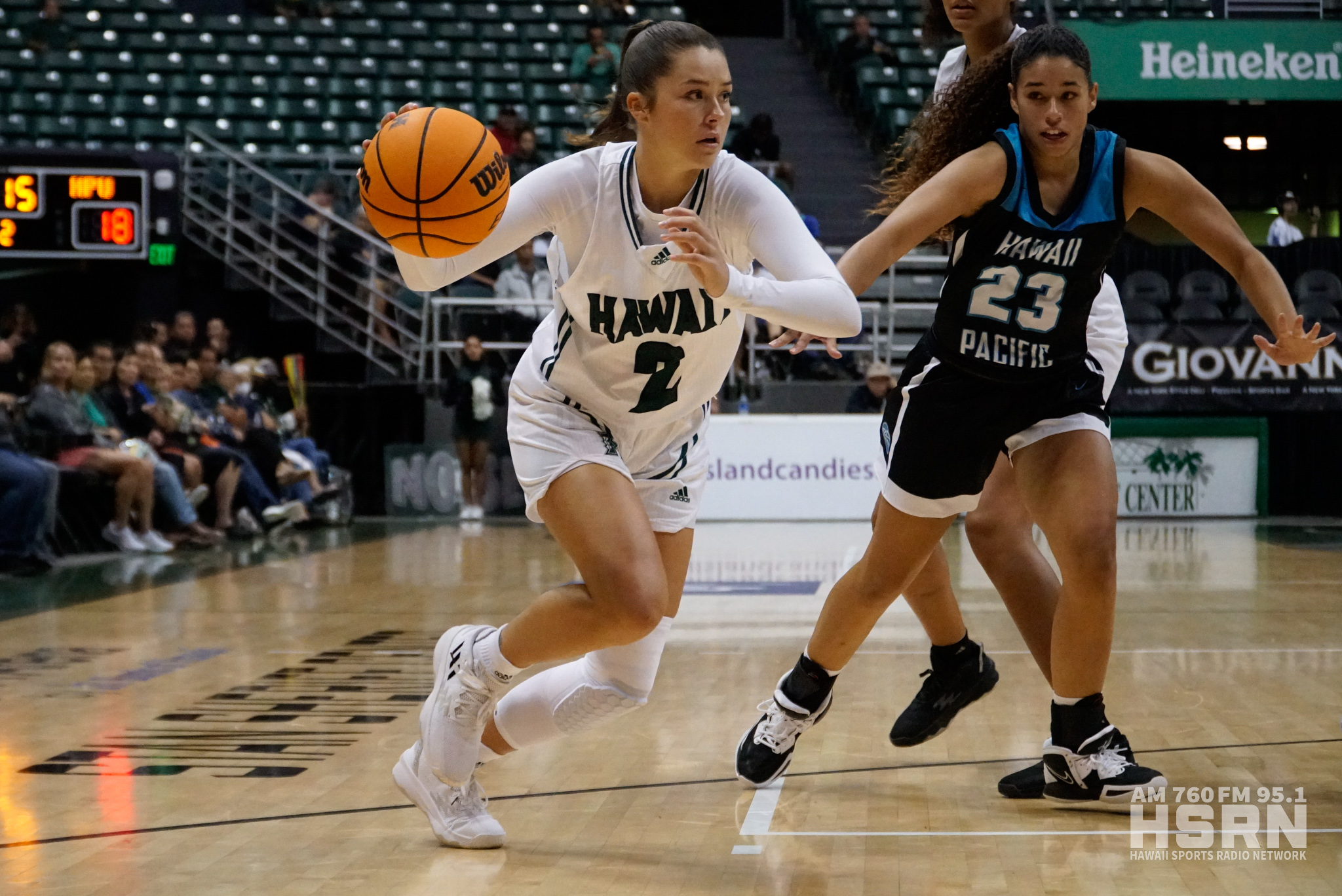 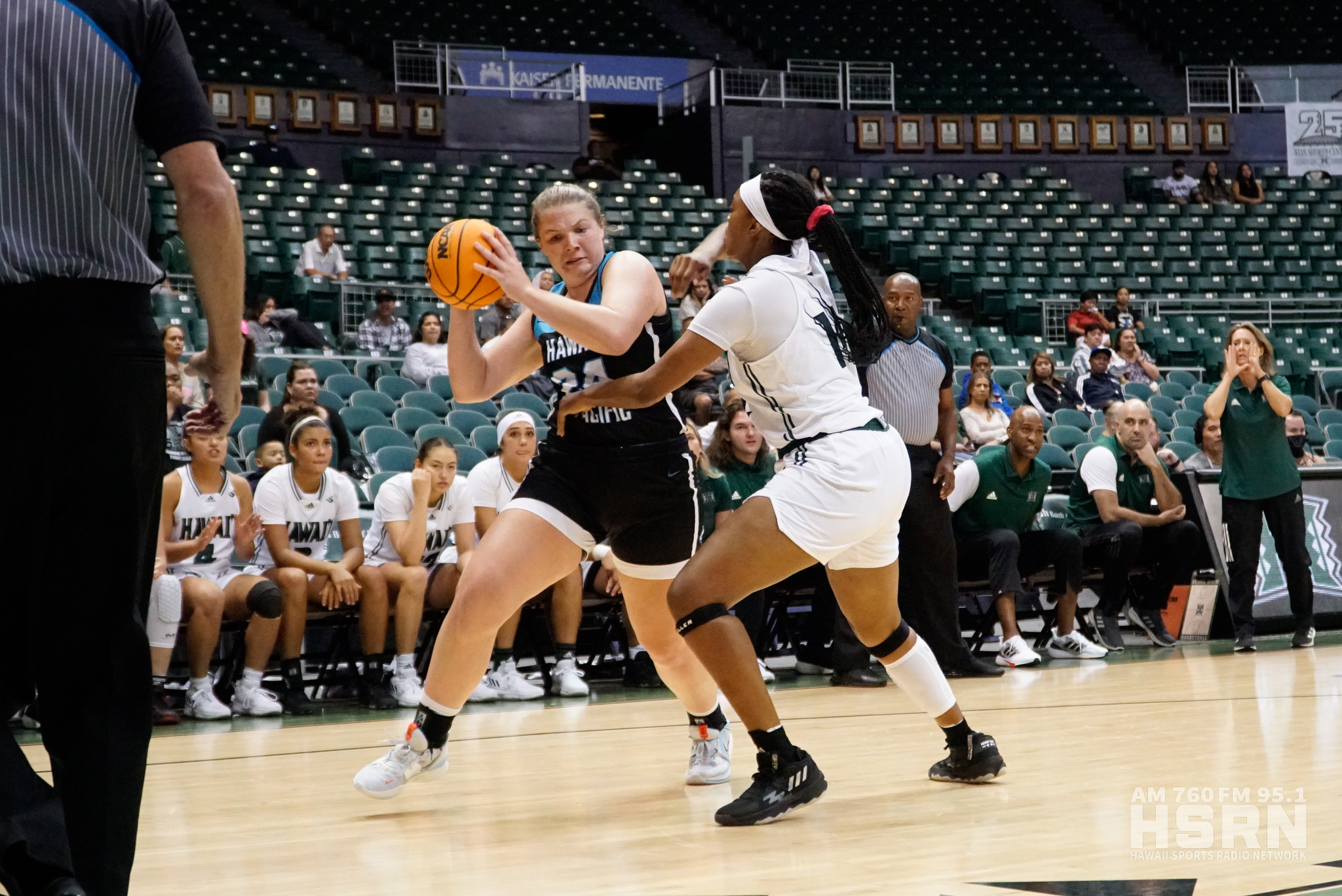 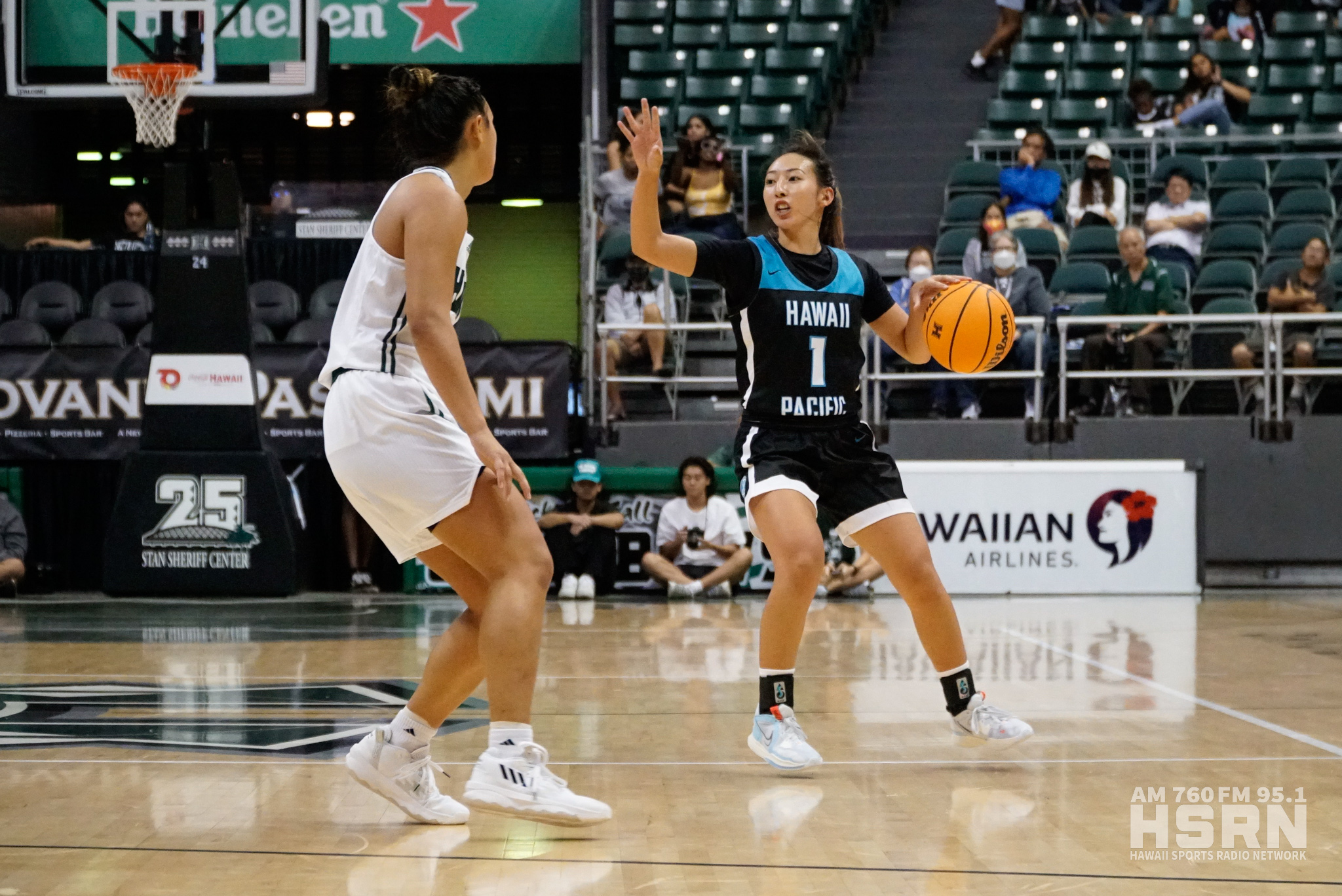 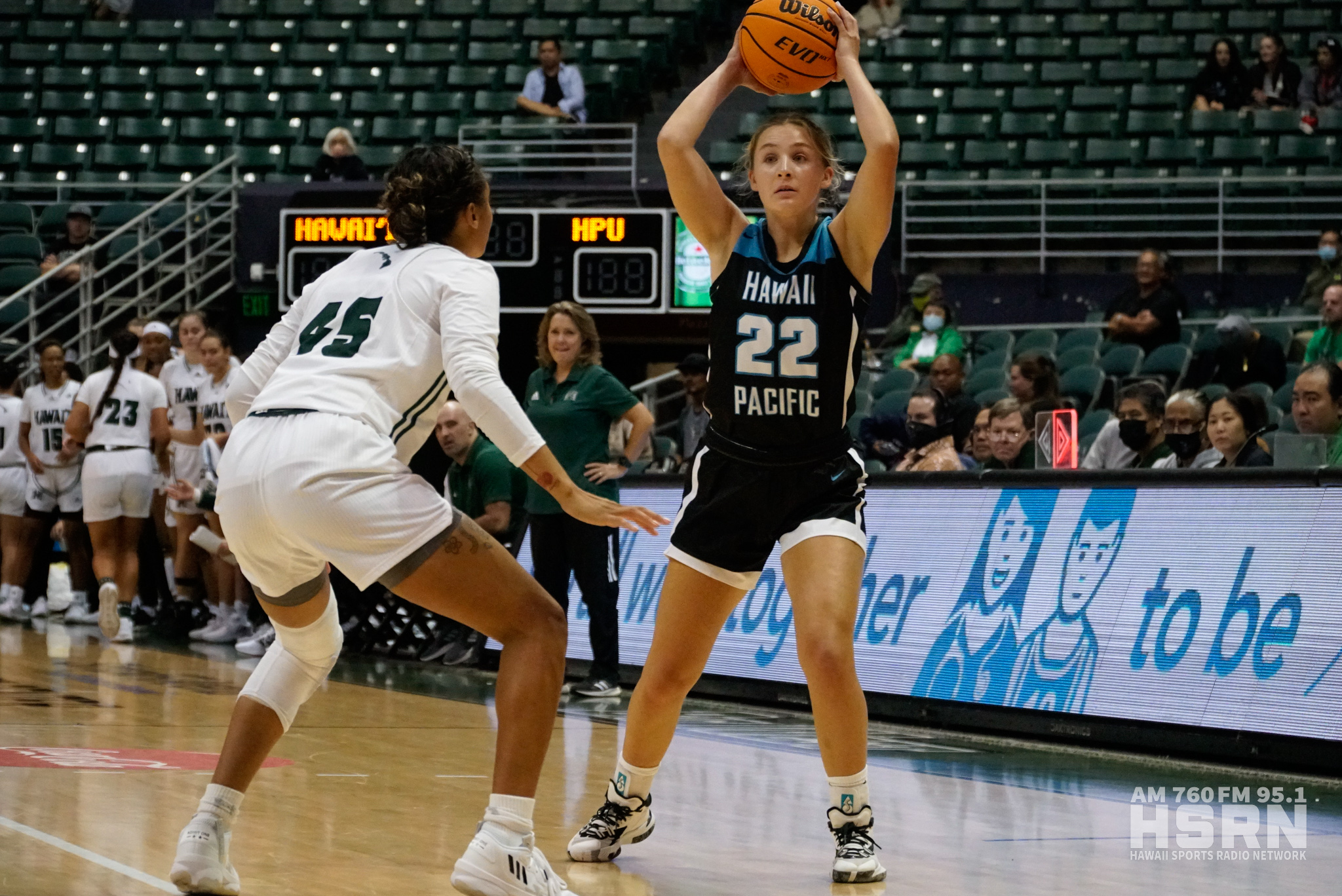 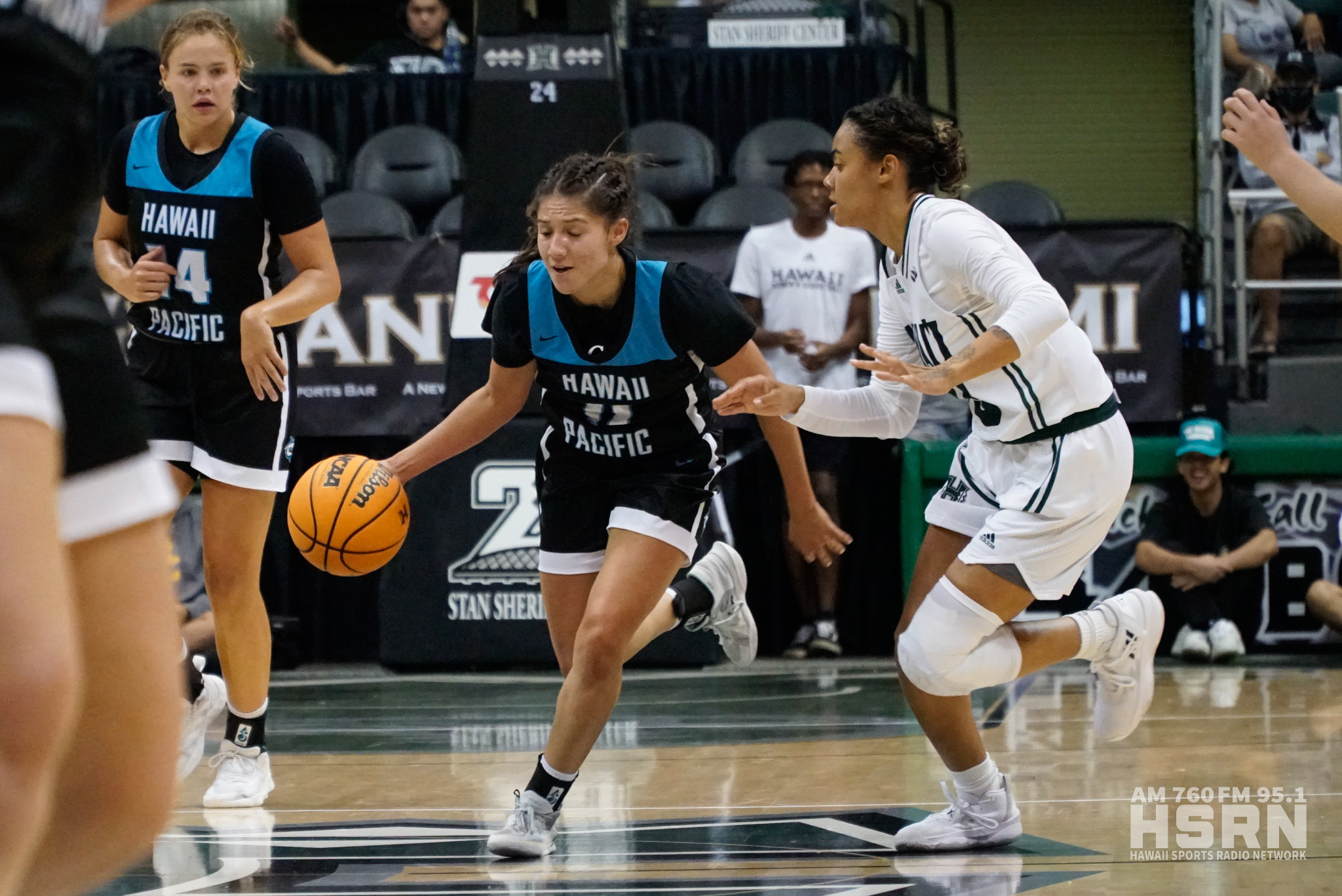