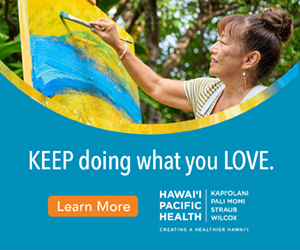 MANOA – D&D means something a bit different for the University of Hawai’i women’s basketball team.

Defense and depth are the two “D”s that stand out most for the Rainbow Wahine. In Tuesday’s exhibition game against HPU, 13 players saw double-digit minutes and 10 players scored. UH held visiting Hawai’i Pacific University to just 49 points in the team’s final tune-up before the regular season kicks off.

The Sharks, led by first-year head coach Katie Novak, started out the exhibition against Division I Hawai’i on fire from downtown. HPU knocked down four triples in the opening frame to take an early lead, 16-11.

The ‘Bows tossed on a press following the hot start from the Sharks and immediately began forcing turnovers, helping end the first quarter on an 8-2 run and taking a 19-18 lead.

The run would continue into the second quarter as the Rainbow Wahine defense locked down HPU en route to a 25-2 run stretching from the end of the first quarter to midway through the second.

The ‘Bows would continue using their depth and press throughout the second half, helping hold HPU at arm’s length for the remainder of the evening as UH cruised to a 73-49 victory to close the pre-season.

The Rainbow Wahine were led by first-year guard Jovi Lefotu (`Iolani High School), who had 20 points in her introduction to college basketball. Sophomore guard Daejah Phillips chipped in 13 points to go along with three steals.

The HPU Sharks were led by graduate center Abby Spurgin, who contributed a 15-point, 10-rebound performance in her Sharks debut. Sophomore wing Jordyn Jensen had 13 points, along with an 8-8 performance from the free throw line.

The Rainbow Wahine will hit the road to open the regular season next Monday at 3:30 PM HST, taking on Oregon State.

HPU looks to bounce back this Saturday at 4:30 PM HST, as the Sharks host the Hawaiian National Team at “The Shark Tank” (previously Saint Francis). 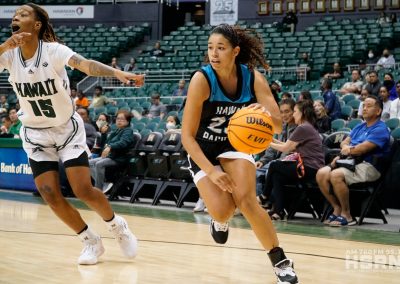 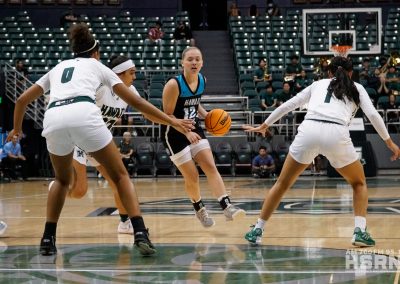 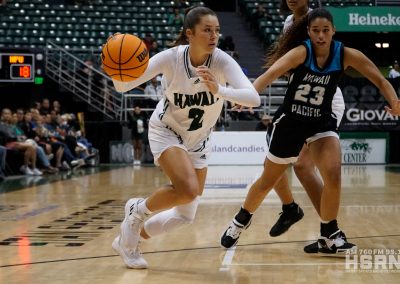 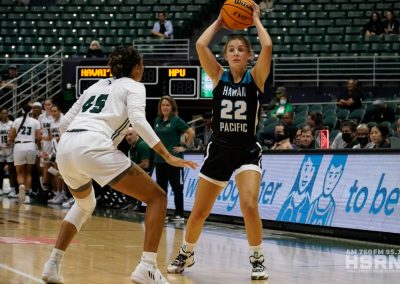 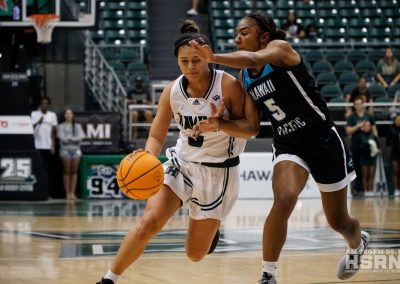 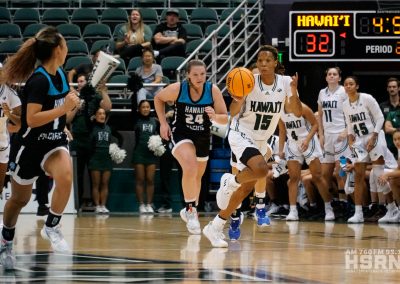 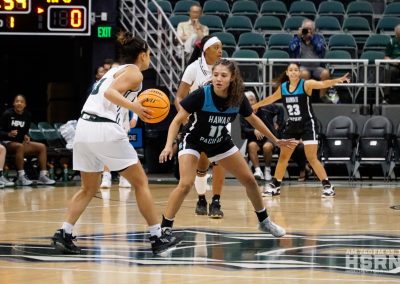 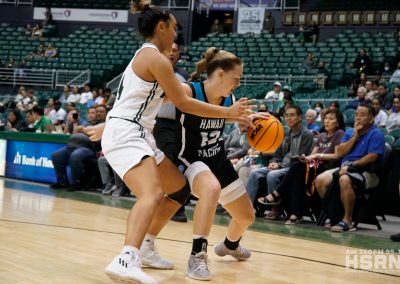 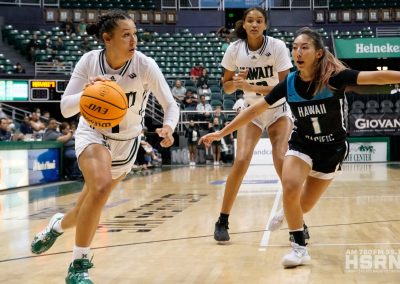 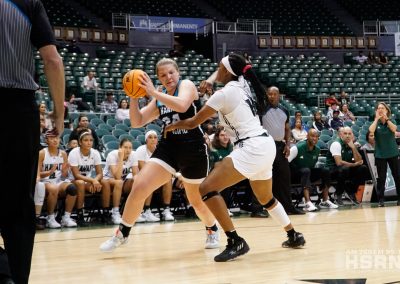 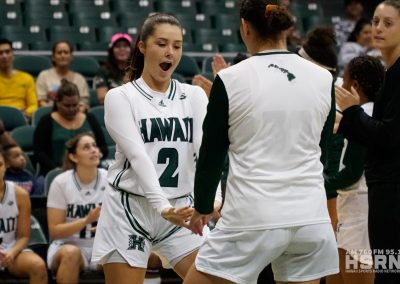 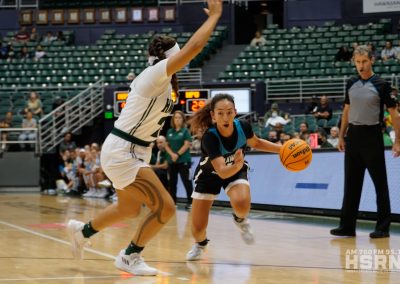 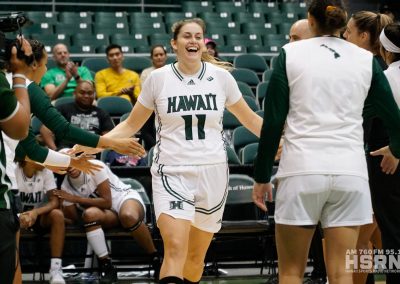 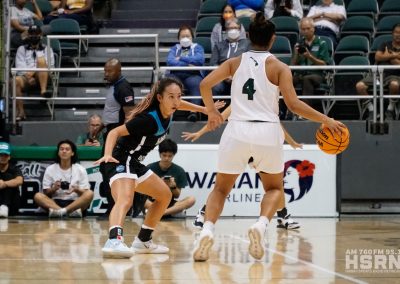 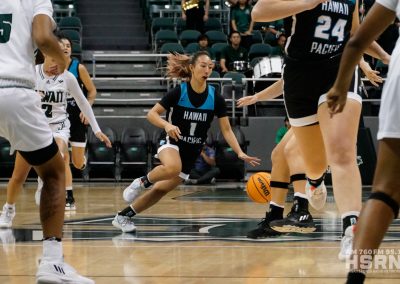 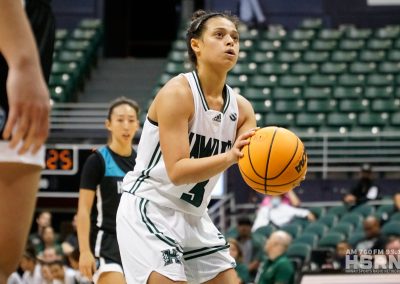 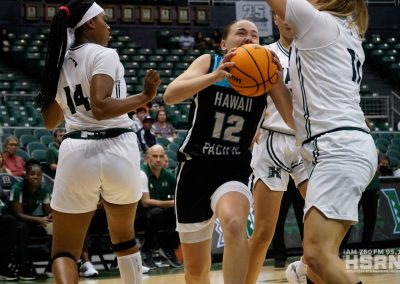 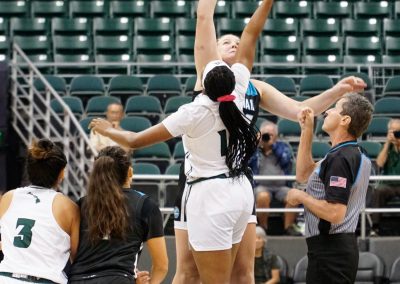 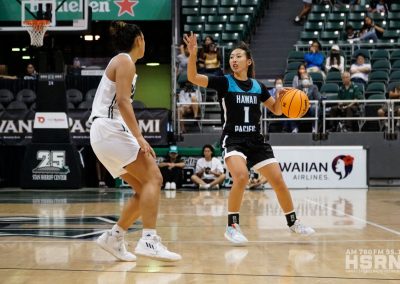 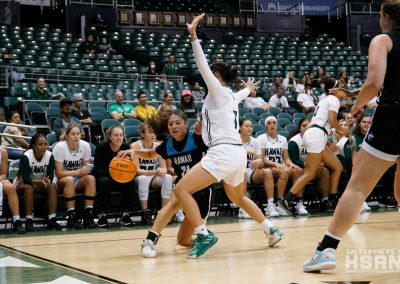 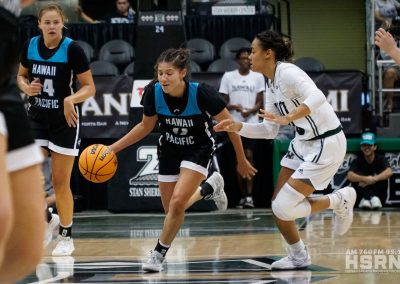 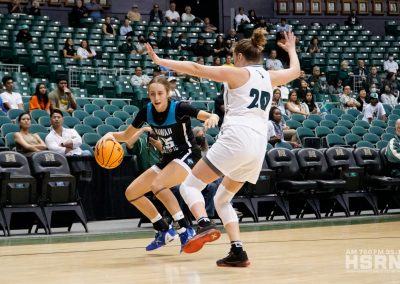 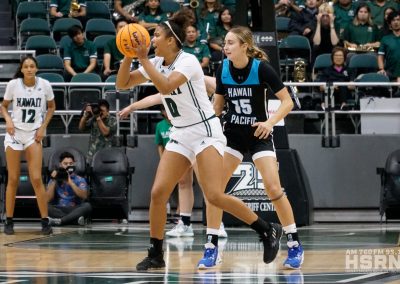