If you think about it long enough, it might make perfect sense for the Ah You football family on the North Shore to change their name to “And You.”

The latest of the bunch to make his mark is doing it in high-flying fashion for the Kahuku Red Raiders this fall.

His name is Manulele Ah You, and the receiver and kick returner is one of the only players from the family’s legendary lineage who plays on offense.

On Sept. 3 in a back-and-forth showdown against Punahou, Ah You gave his Red Raiders a desperately needed spark by returning a kickoff 97 yards for a touchdown to make it a 13-13 game. That play stole some of the thunder from the Buff ’N Blue, who had just gone ahead 13-6, and it proved to be not only the turning point in the eventual 27-20 win but it also saved reigning state champion Kahuku from an unexpected bleak ending.

Amazingly, Ah You’s gallop was reminiscent of two moments from the past.

One is his uncle Tori Taulogo’s 62-yard punt return that led to the winning touchdown with 19 seconds left in Kahuku’s 27-26 victory over Saint Louis for the 2003 top-tier state championship.

“That is the sentiment we got from a lot of people,” Manulele’s dad, Kingsley Ah You, told Hawaii Sports Radio Network. “It was reminding them of his uncle’s punt return. To them, it had the same feeling.”

Kingsley, a proud father who works in the Kamehameha athletic department, was wearing Kahuku colors for the win over Punahou, a luxury that was not available to him earlier this season when he donned Kamehameha blue to watch the Red Raiders defeat the Warriors 49-0 in the season-opening game on Kahuku’s brand-new artificial turf field.

Another of Manulele’s serendipitous moments was recorded on video Aug. 15, 2014, and it is out there on social media now. In it, a younger Manulele Ah You, sprints during a workout down that same Kahuku (grass at the time) field to the end zone with his dad’s voice announcing, “At the 50, the 40, the 30, the 20, the 10, touchdown Manulele Ah You, whoo!”

Attached to the end of that clip from eight years ago is a newer clip of Ah You’s kickoff return TD, with Spectrum’s Felipe Ojastro’s voice staying with the pace, “From around the 3 … Ah You … Ah You! Gotta beat Agenhart Ellis. He cuts it back. Ah You! 97 yards, touchdown!”

Only a junior, Manulele Ah You received his first Division I, FBS college football offer from Hawaii a year ago, and there may be more of those offers on the way.

“He’s such a humble kid,” his dad said. “Many kids say, ‘I want to do this or that and voice their opinion on the field.’ He’s not made that way. But he is bred to be red. Gratefully, my parents taught us that using your God-given talents to get an education is the way to help our family be successful and to be of service.”

Big football plays by the Ah You family have been happening for a long, long time on the North Shore and elsewhere.

Basically, it starts with Junior Ah You, a star defensive end at Kahuku, in college and at the pro level in the CFL and USFL.

After that, there are almost too many football “And Yous” to keep track of, but we’re going to give it the best shot:

SALE’S SONS:
• Jason Ah You, currently the assistant athletic director for football academics at BYU
• Matthew Ah You, a former BYU linebacker now a linebackers coach at Weber State
• CJ Ah You, a former defensive end at BYU and Oklahoma who went on to play for the Buffalo Bills and Saint Louis Rams and went on to coach linebacker at Oklahoma, Vanderbilt, USC and now Texas Tech

KINGSLEY’S SONS:
• Manulele Ah You, a Kahuku wide receiver and kick returner
• Quayd Ah You, a former Kahuku running back

JOSHUA’S SONS:
• Jayden Ah You, a linebacker at Weber State

JASON’S SON:
• Chaz Ah You, a linebacker and defensive back at BYU 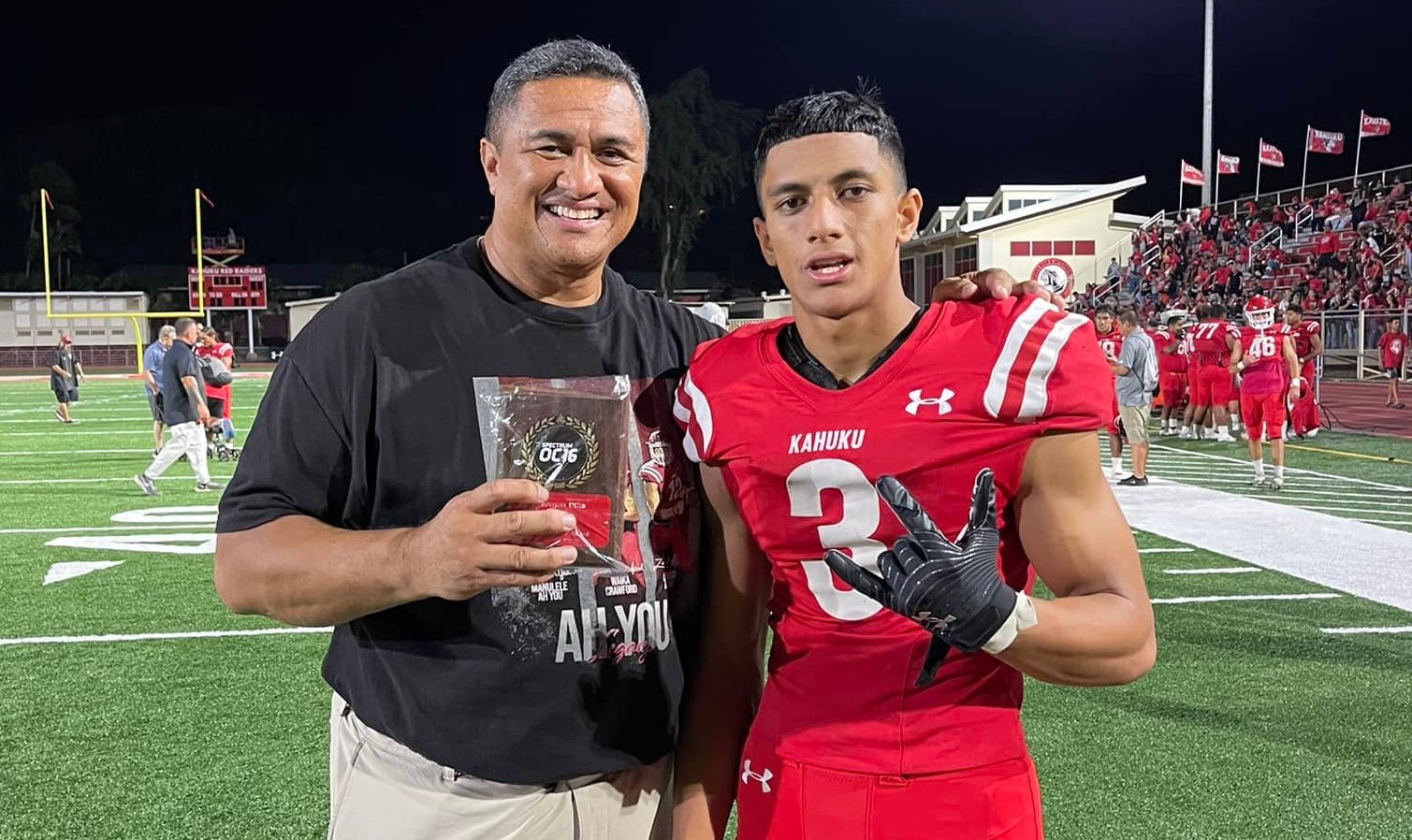 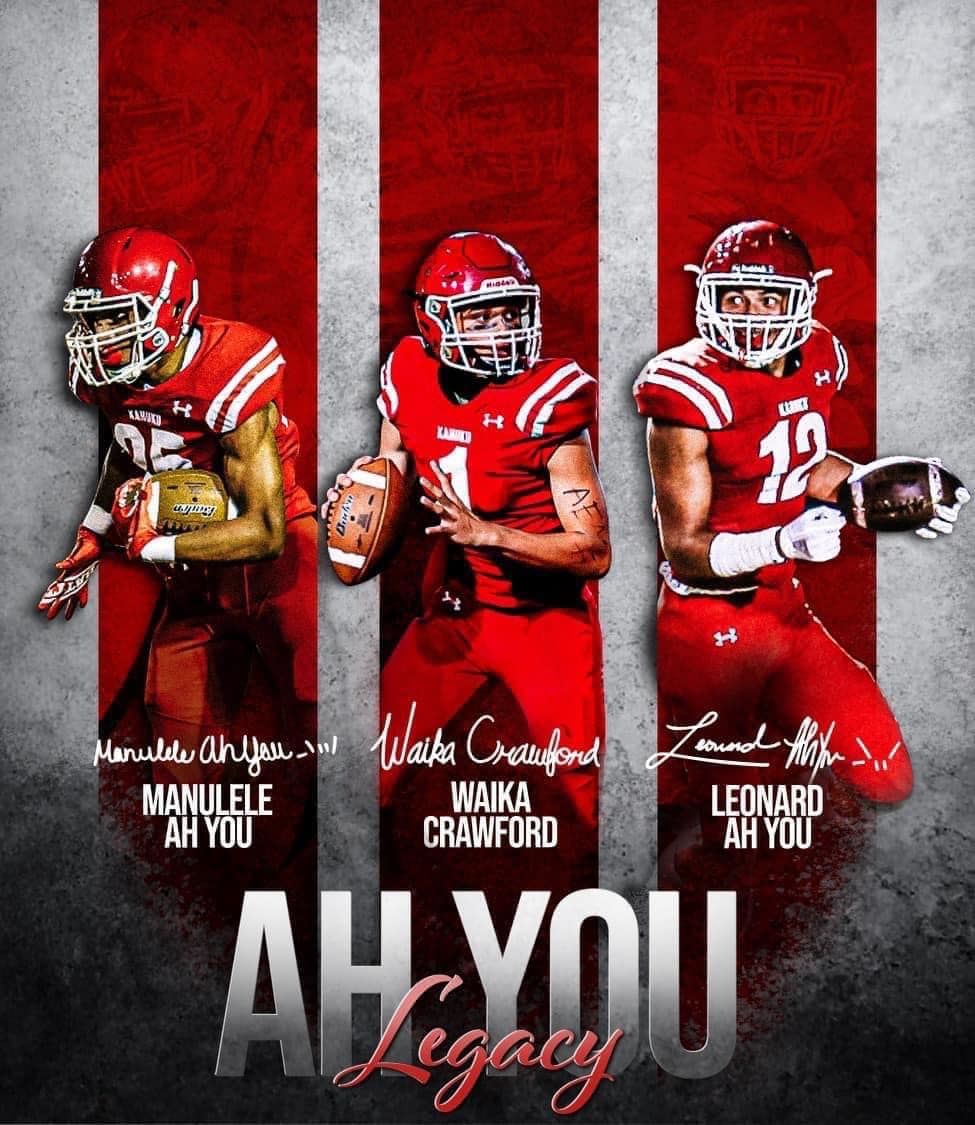 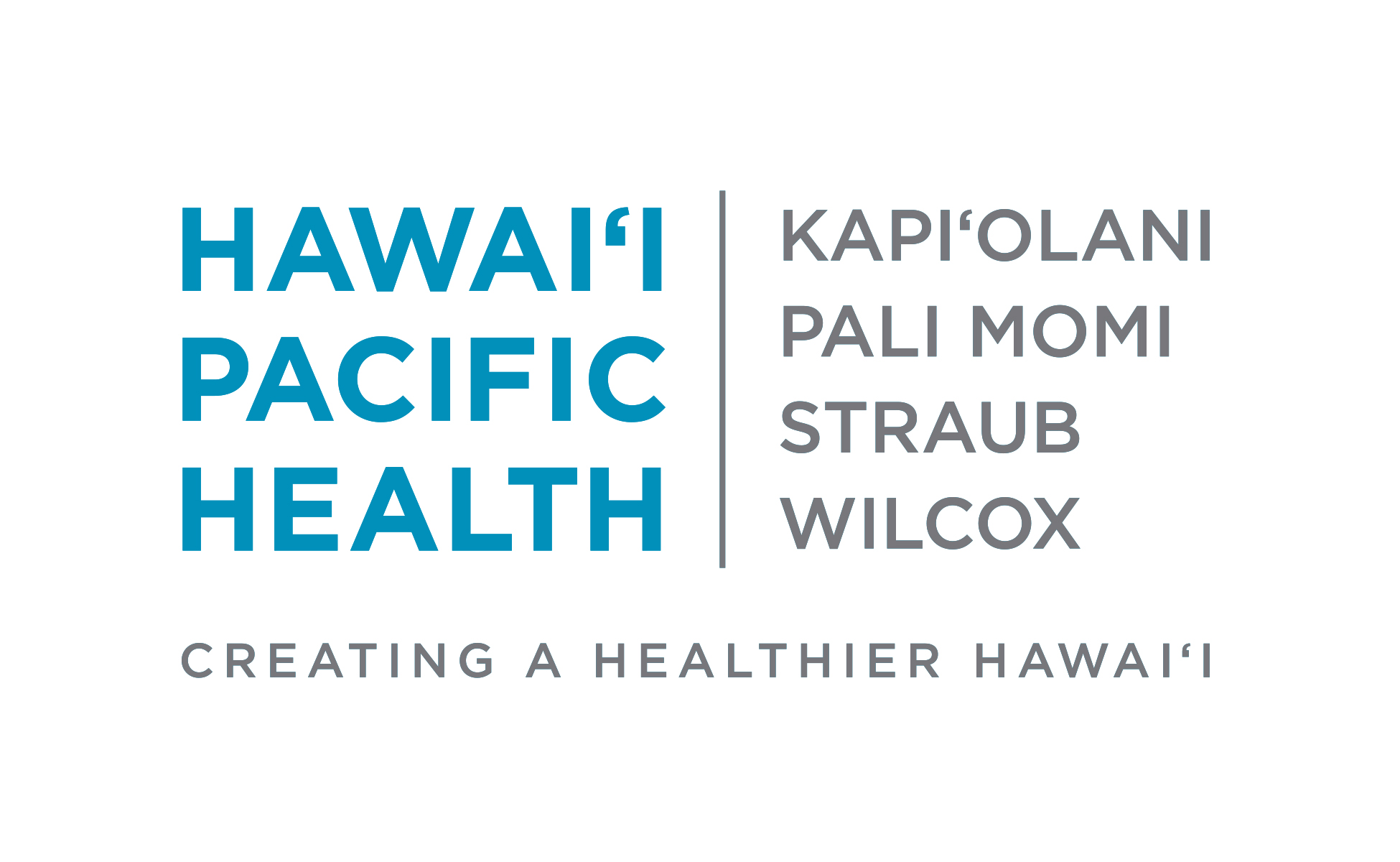