Leilehua is finding its groove in OIA girls volleyball.

Now 5-1 in the OIA West, Leilehua and junior setter Sharla Domingo spread the wealth around on the attack against Na Alii, who were missing a handful of players due to COVID-19 precautions.

For coach Jerry Keola, the Mules didn’t really get rolling until the third set. That’s when three of his veteran players, who didn’t see action in the first two sets, came in to make their mark.

“We started a younger, more experienced lineup,” Keola told Hawaii Sports Radio Network. “For them, it was about getting past the nerves because they’re not usually on the court all the time.”

In that third set, Filisi, who had been playing middle, moved to the outside and junior Sela Atualevao entered the game and immediately made her presence felt at the net.

“That’s what opened it up for us,” said Keola, who watched his team barely get by in the second set.

Atualevao put down two kills in that clinching set.

With five kills, sophomore Zoe Shinall was another player who had a big night for Leilehua.

“I feel this team struggled in the beginning of the season, but are starting to find each other, trust each other,” Keola said. “And the younger players are beginning to understand that you are going to make mistakes and they’re remembering that’s it’s important to go out there and have fun.”

After 13 ties in the second set, Filisi put down the winner.

A late rally by Na Alii that included two Liilii kills got Na Alii to within five at 24-19 in the third set before Feleti’s kill ended the match for Leilehua.

“Filisi played a big role, keeping us in the game with her hitting and playing smart on the court, looking for and finding pockets (to hit),” Keola said. “And Machuca had some big blocks.”

The Mules are tied for third place in the OIA West with Waianae and trail only Kapolei and Mililani, both 5-0. They host Waipahu (1-4) on Thursday.

Aiea (0-5) has a home match against Waianae on Thursday. 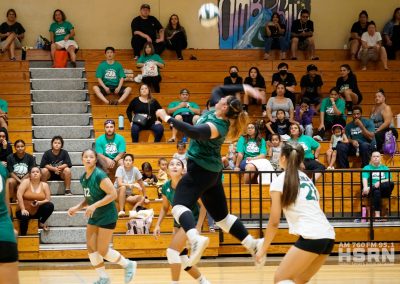 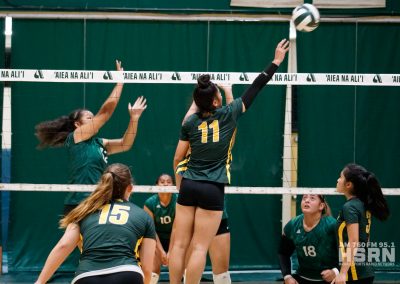 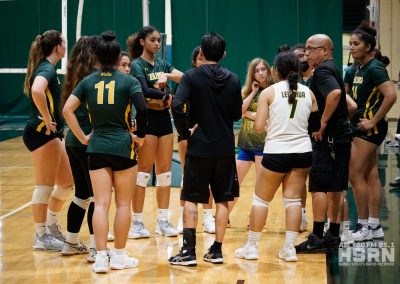 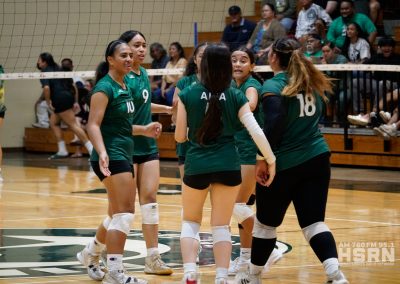 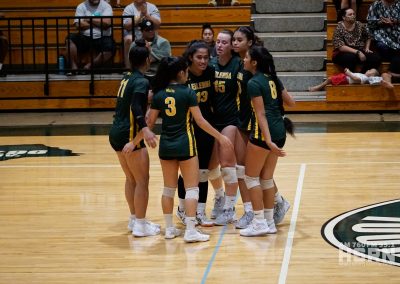 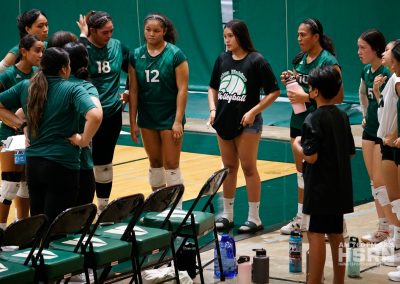 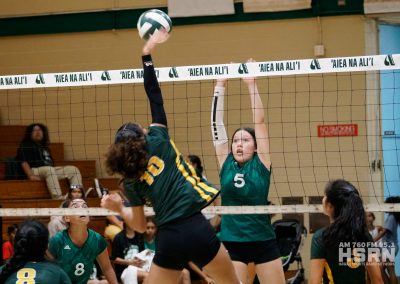 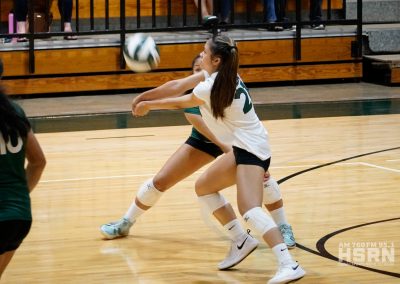 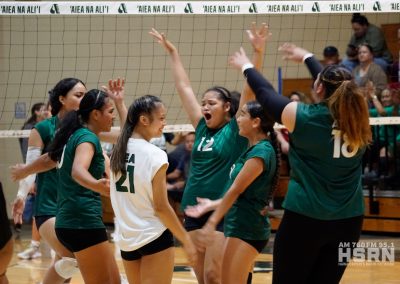 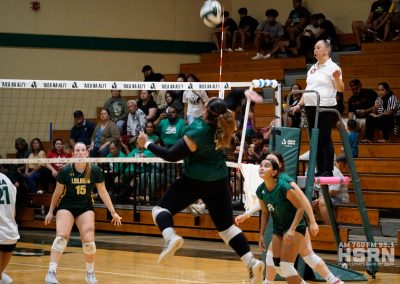 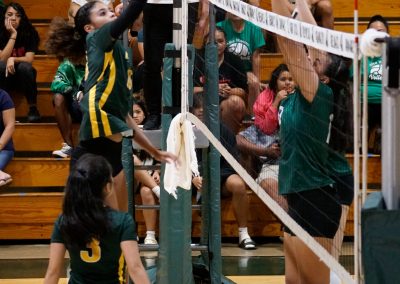 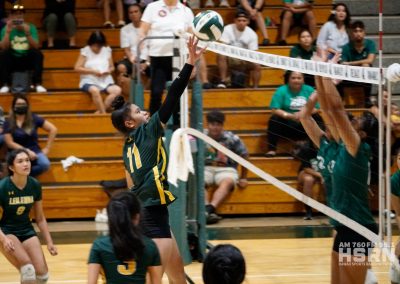 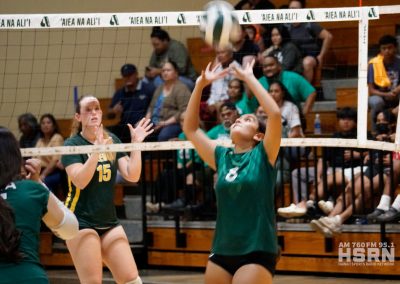 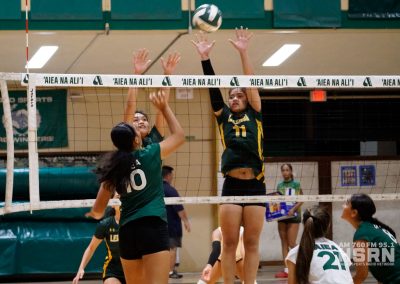 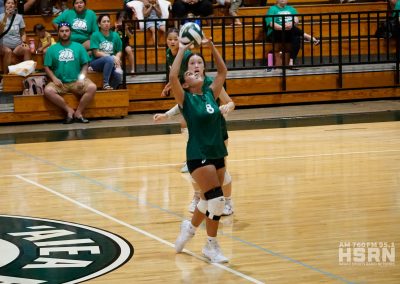 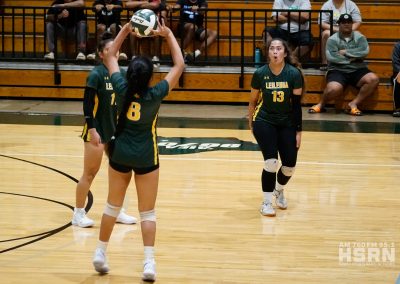 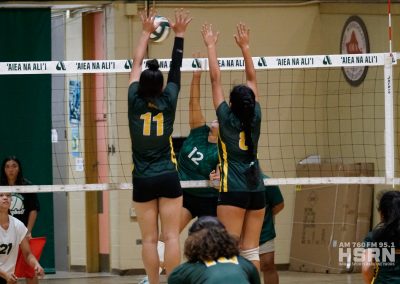 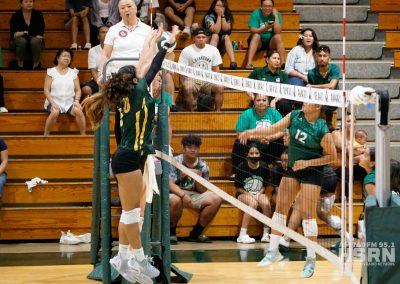 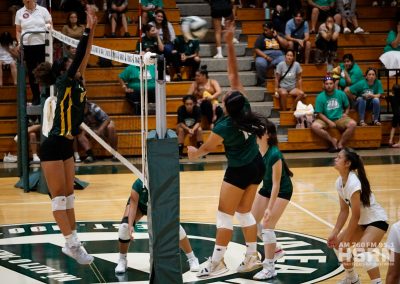 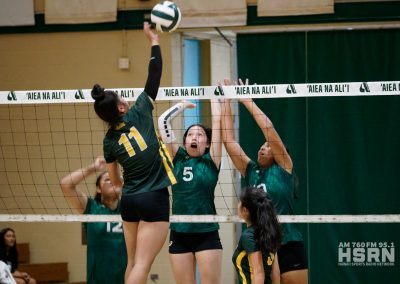 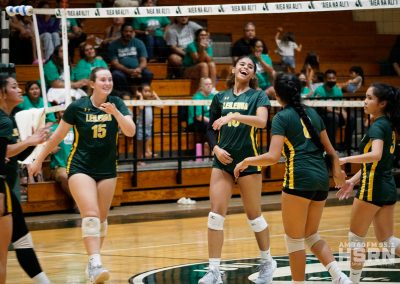 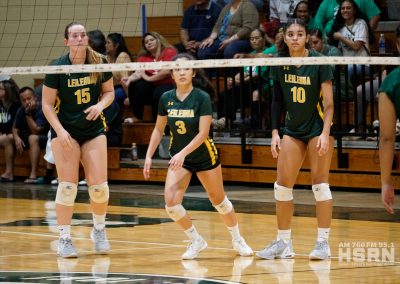 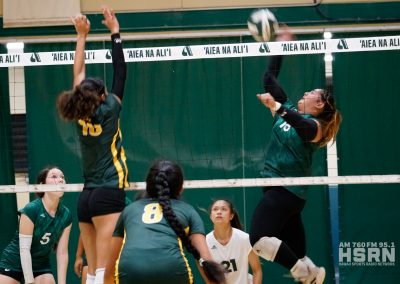 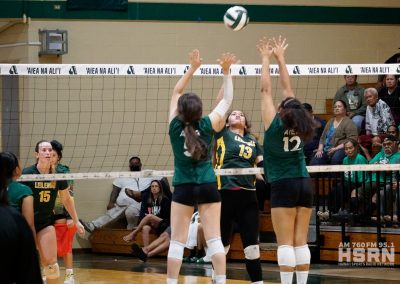 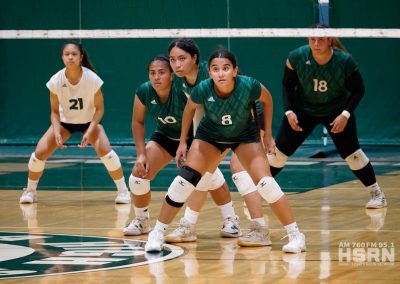 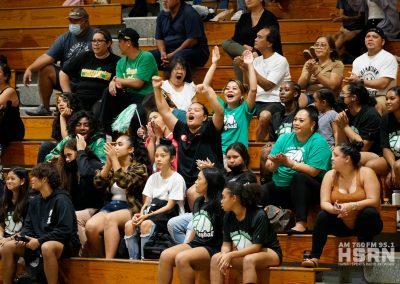 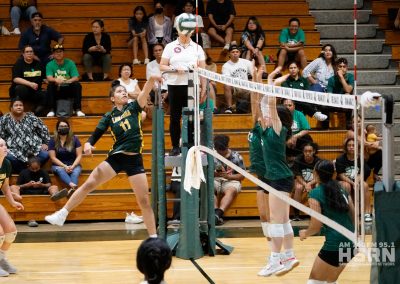